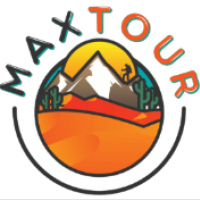 The Best Noodles in Las Vegas 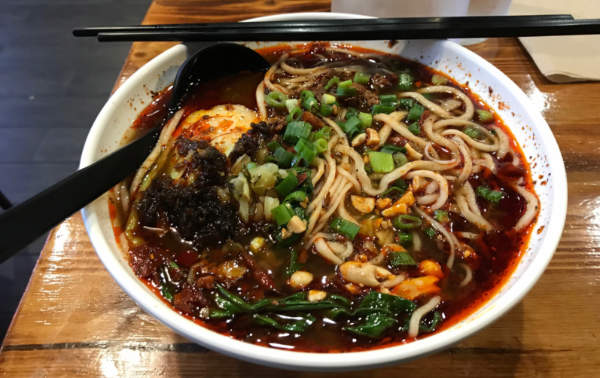 Of late, Las Vegas’s infatuation with Chinese food has burgeoned into a full-fledged love affair. You’ll find proof in the sheer number of Chinese noodle shops peppering the valley’s cityscape, as well as in the medley of menus they serve. From bold fusion flavors crafted by some of the best-known names in the culinary world to welcoming delicacies that have people queuing up outside Chinatown’s hole-in-the-wall outlets, noodle places in Las Vegas pander to every mood, palate, and budget.

For diners like us, who have a soft spot for spicy savories, Las Vegas can be a treat to explore. But while our cravings have taken us to a great many Chinese noodle places across the length and breadth of the valley, we’ve often found ourselves retracing our steps to one particular restaurant – The Noodle Man.

The Noodle Man doesn’t have an address on the Las Vegas Strip, but to us, that’s one of its selling points. Over the past few years, the quieter suburbs just off the Strip have become home to a great many Chinese restaurants that make their Strip counterparts appear inauthentic and overpriced in comparison. And while Chinatown remains the go-to place for seekers of traditional and reliable Chinese fare, new off-Strip restaurants like The Noodle Man are rapidly building a reputation for serving delish Chinese food that won’t break the bank.

An Uber from the center of the Strip will get you to The Noodle Man in about 10 minutes (and about $13). Part of one of those new strip malls that are characteristic of suburban Las Vegas, the restaurant presents an unassuming storefront, through which you enter its tastefully designed interior. Between the tables and the long noodle bar, there’s room for about 30 guests here, but our party of 5 has never had to wait to be seated so far.

The Best Noodles in Las Vegas

The star of the show, in every one of our visits to The Noodle Man, has been the food. Be it the fresh handmade noodles, the crisp Mongolian pancakes, or the flavorful dumplings, our taste buds have been rewarded whenever we’ve sampled something new here. The Noodle Man has the kind of menu that encourages you to try a different delicacy every time you visit, but if we had to pick our all-time favorites, the pork dumplings, the Mongolian beef pancakes, and the Shanxi knife shaved beef noodle soup would top the list.

Dining at The Noodle Man is a pleasant affair, and not just because of the delectable fare on your table. Myriad thoughtful touches add to the ambience and to your dining experience. Extra-large ladle-sized soup spoons, for instance, allow you to quickly load up your bowl without making a mess. And in the brief windows of time when you aren’t busy slurping up your noodles, there’s a lot to feast your eyes on. The two TVs at the restaurant run Asian travel and cooking shows – a welcome break from the Las Vegas staple of news and sports coverage. More than anything, though, it’s The Noodle Man’s open kitchen that you’ll typically find your eyes wandering to.

Back here, chefs go about mixing flour and water and turning the dough into familiar-looking shapes. For an American brought up on dried noodles, the ringside view of fresh noodles being prepared can be a fascinating sight. The noodles themselves are a revelation when they make their way to your table, serving as an equal counterpart to the meat, sauce, and broth, and proving that authentic Chinese noodle preparations aren’t just about the sauce and the flavoring. The extra visual appeal doesn’t hurt either – the noodles come in a few different shapes including knife shaved and thin. We particularly enjoyed the knife shaved variant that was part of the Shanxi beef noodles.

3 Keys to a Good Noodle Soup

The perfect bowl of noodle soup demands a fair degree of mastery over three components – the broth, the noodles, and the ingredients. The Noodle Man delivers on all three counts. Every bowl of noodle soup we ordered rewarded us with a deep, rich, and flavorful broth, enriched with beautifully paired ingredients. The Shanxi knife shaved noodles, for instance, had a delectable combination of tender stewed beef and crisp bok choy. And the noodles themselves, as we just mentioned, were the highlight of the bowl.

To us, The Noodle Man’s ability to serve these perfect noodle soups is reason enough to visit again, and reason enough to qualify it as the best noodles in Las Vegas. But the restaurant isn’t partial to noodle soup purists; the menu has a plethora of other options for when your taste buds crave something different. The service, though not outstanding, won’t give you cause for complaint either. We see The Noodle Man as the place to visit when you’re in the mood for authentic Chinese fare in Las Vegas but could do without the glitz of the Strip or the hubbub of Chinatown.

Our Favorite Chinese Restaurants in Las Vegas Chinatown for 2021

Must Know Facts About Las Vegas' Newest Megaresort: Circa

The Truth about Resort Fees in Las Vegas