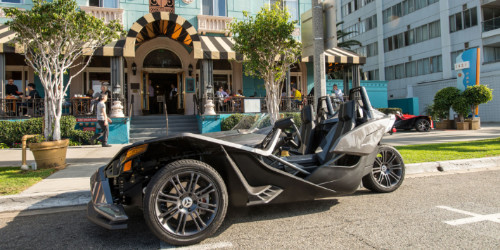 Live It Up Early Bird Style in Las Vegas

Not everyone who goes to Las Vegas is a crazed, late-night party animal, and not everyone comes here for the shows, either.

Many people can’t help but be boring early morning risers.

But does generally being boring necessarily mean that we have to be bored while we’re vacationing in Las Vegas? NO!

What would Captain Boredom do if they wanted to get their day going at 5 AM in Las Vegas?

They’d people watch to see all of the non-boring people who’ve had their fill of a night of fun and debauchery make a delightfully pathetic (and oftentimes bizarre, scantily clad, and/or embarrassing) attempt at safely stumbling back to their hotels.

No doubt, you’ll get to see people repeatedly trip over invisible objects and fall down. It’s a real gas!

Unbeknownst to many people, there are actually a few nice activities to be done at the crack of dawn in Las Vegas. But there are some caveats that we will address.

Unfortunately, if you’re staying on Fremont Street, there isn’t going to be a whole lot of morning activities for you to do.

Just about the only good thing that you can do there before you venture off to other spots in Las Vegas (which we’ll get to) is have a good breakfast at Magnolia’s at the Four Queens Casino.

It’s open 24 hours a day, so you can go as early as your heart desires! They’ve got a great menu.

If you’re staying on the Strip and you’re an early bird, pretty much the universal consensus is that you’ll really enjoy the Bellagio (but don’t plan on taking the Monorail, because it doesn’t start running until around 7 AM. You’ll either have to have walk, taxi, or rideshare there).

The Bellagio Patisserie is the place to go!

This breakfast place opens at 6 AM and its French-style crêpes, coffees, pastries, etc. are oh là là delicious; plus, it won’t break the bank.

Before or after that, you can cruise over to the Bellagio Conservatory & Botanical Garden, which is open 24/7. Yay!

The best news of all… even if you don’t like it (which is impossible), you won’t have lost anything because the entire place is free admission.

You’ll likely not want to stick around for the fountain show since that won’t begin until the afternoon when it restarts every 30 minutes.

While we’re discussing free things to do near the Bellagio, I recommend heading across the street to the Flamingo Casino, which was originally owned by the infamous mobster Bugsy Siegel.

But no worries, you won’t be swimming with the fishes, rather you’ll get to see the fishes swim!

The Flamingo Wildlife Habitat is open every day from dusk till dawn. It’s a relaxing environment in which to walk around.

In addition to the fish, they have real flamingos alongside other birds like parrots and ducks.

Yoga is another option. There is a popular yoga place called Sin City Yoga, located just north of the Strip (i.e. between the Strip and Fremont Street), that offers classes as early as 6:15 AM.

Not early enough for you? If you are willing to travel there, there is another popular yoga place that isn’t too far from the Strip.

This one is called Bikram Yoga Las Vegas and it’s located near the southern end of the Strip. They offer a huge range of yoga classes that start as early as 5:30 AM!

There is also a golf course called the Bali Hai Golf Club, which is conveniently located near the Mandalay Bay Resort and Casino. You can play a few rounds of golf there as early as 6:45 AM! Not too shabby.

If you’d prefer to drive yourself around for a bit of sightseeing (and do it in style), why not rent an exotic 173 hp tri-wheel buggy called the Slingshot?

It’s a lot of fun and offers you a better connection to your surroundings than a car. Drive one of these bad boys around anywhere.

Where would I go if I had one of these at my disposal for the day? One of these following four places:

1. The Nature Preserve at Clark County Wetlands Park, which, as the park’s website says, “Opens at dawn and is home to 212 species of birds and more than 70 species of mammals and reptiles. You won’t believe this sprawling oasis is in the middle of the desert.”

This scenic drive typically opens as early as 6 AM and is a mere 40-minute drive from the strip.

The visitor center is fantastic, but you’ll have to wait until 8 AM if you want to see it.

3. The Ethel M Chocolates Factory opens at 8 AM and is a great place to go to get a sneak peek on how chocolate is made while you sip on one of their many chocolate-infused coffees. (They have coffee-free drinks as well, but who would want that?)

Even if chocolate isn’t necessarily your thing, you can (for free!) check out their three-acre Cactus Botanical Garden.

Even though cacti are their forte, it’s worth noting they’ve got a total of 300 species of plants to enjoy. And, it’s seasonally themed!

4. Springs Preserve; although it opens incredibly late for early risers like you (9 AM), it’s worth the wait.

This place is 180-acres and is actually located very close to the Strip. Although all four places that I’ve listed here are family-friendly, this would perhaps top the list.

It’s got museums, train rides, gardens, games/playgrounds for kids, desert animals, and even some mockups of the buildings of Boomtown 1905 from Las Vegas’s early days (1905-1920).

Last but not least: For those of you who like to play games, but don’t necessarily like typical gambling, try your luck at Bingo.

But, is there actually anywhere that you can play Bingo 24/7? There sure is!

Unfortunately, you can only find it at an Arizona Charlie’s Casino, which has two locations in Decatur and Boulder.

They also have a 24/7 café with very reasonable prices so you can grab a bite to eat whenever you’re ready! 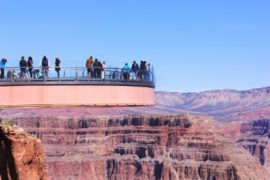 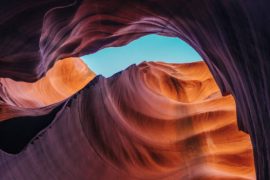 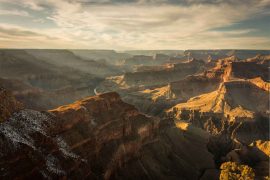 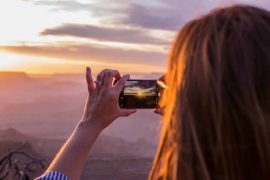 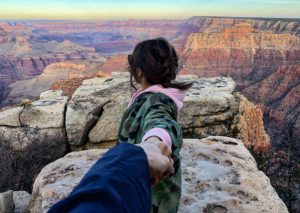 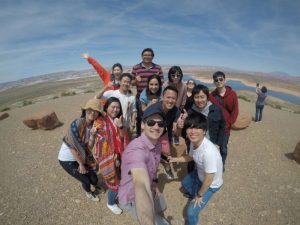 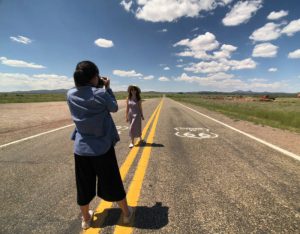 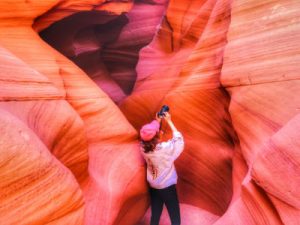 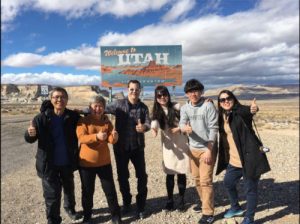 The Best Las Vegas Morning Activities
Antelope Canyon Weather
The 5 Best Restaurants in Williams, Arizona
Lower vs. Upper Antelope Canyon
Want to Drive from LA to Vegas? Fly Instead
The Best Helicopter Tours from Las Vegas
The 5 Best Restaurants in Page, Arizona
The Best Day Trips From Las Vegas
How To Get To Antelope Canyon
Weather at the Grand Canyon
5 Foods You Must Try When You Visit The United States
The Best Noodles in Las Vegas
Insider Tips for Visiting Las Vegas
The Top 10 Websites and Apps to use while Traveling in the United States
Travel Tip: Discount Double Check